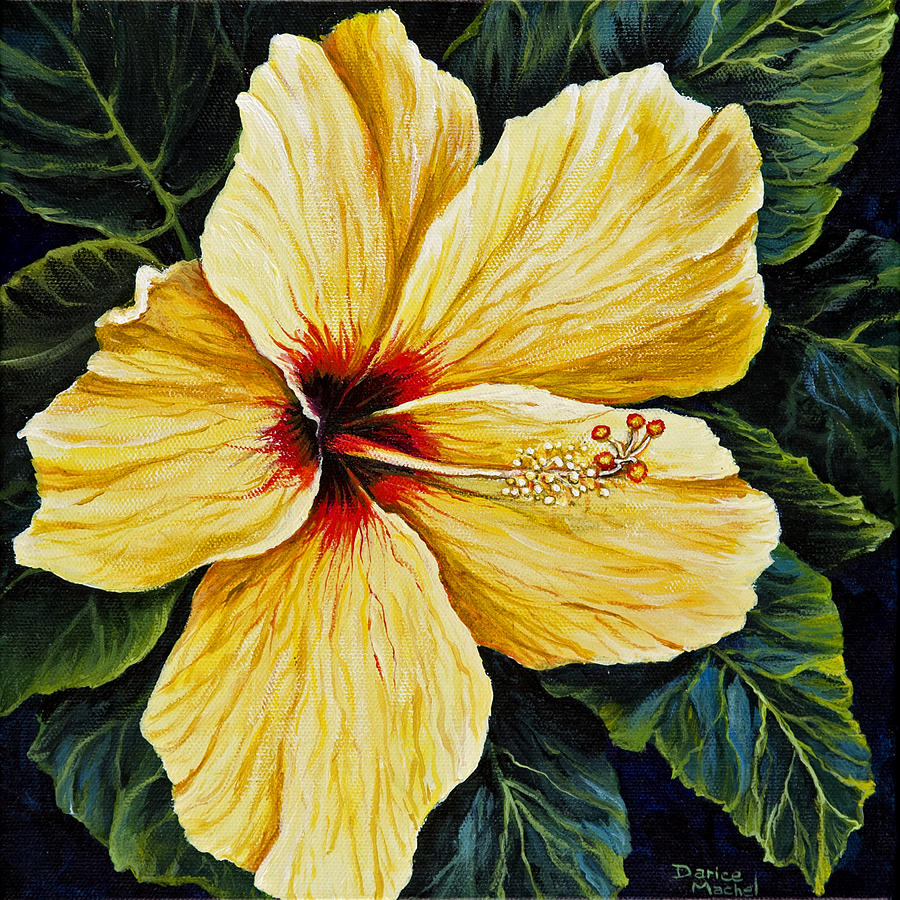 This piece has been already sold.   Please feel free to contact the artist directly regarding this or other pieces.

There are seven known species of hibiscus regarded as native to Hawaiʻi. The yellow hibiscus is Hawaii's state flower, also known as the pua aloalo. Hawaiians originally adopted the hibiscus flower (of all colors) as their official Territorial flower in the early 1920s. It wasn't until 1988, however, that Hawaii's legislature legally adopted the yellow hibiscus as the official state flower.
The hibiscus originated in Asia and the Pacific islands. It is believed that there were originally only seven hibiscus species native to the Hawaiian islands. Other varieties were imported, and growers began to develop unique hybrids to produce the variety of colors and sizes found today.
One of my favorite things to do living here on Maui is photograph the beautiful tropical flowers. It's not easy to capture one in total focus because of the constant trade winds that blow through the trees and bushes. This painting is from one of those photos. I played around with the composition until I found the right one. The original painting is on a beveled canvas. The leaves and parts of the pedals bleed off the sides (not shown in this image).